Insurance Wars, Season 1, Episode 1. Noble Public Adjusting Group had to once again, educate those who are by Law, supposed to be Educated and Licensed.  State Statutes update often and anyone in the Insurance Industry knows you better make sure you know what you’re talking about and you better make sure you’re not breaking the Law.  Just because something was allowed before, or because Insurance companies got away with things before doesn’t mean it’s legal today.  If it’s not Legal, you canrest assured Noble Public Adjusting Group knows about it and they will not hesitate to address it. 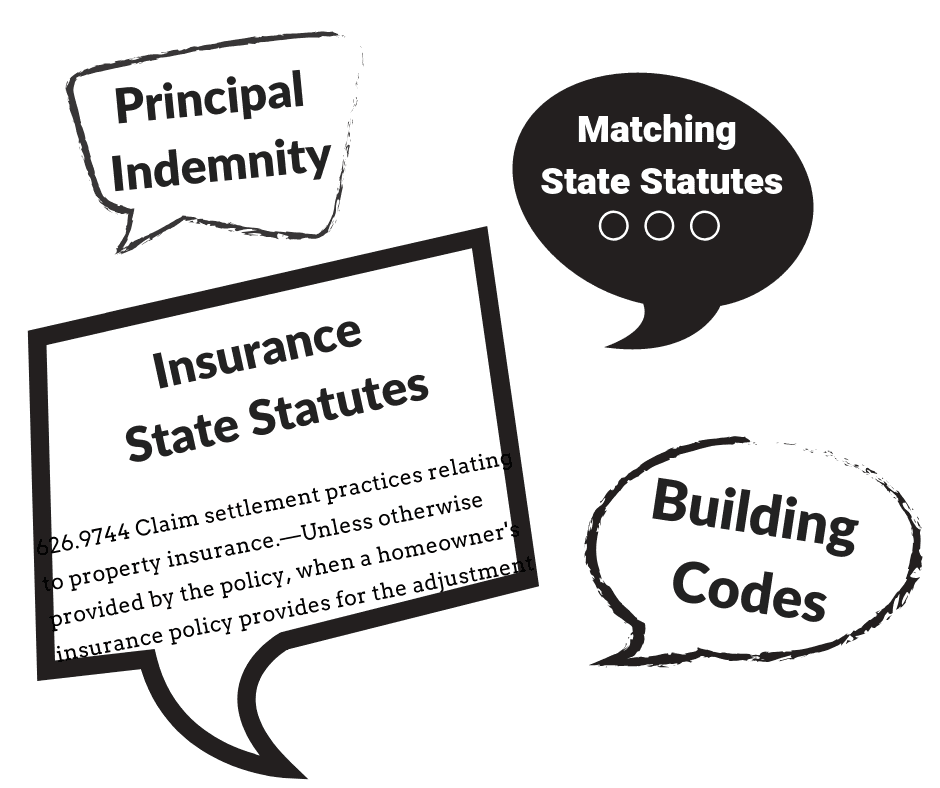 What appeared to be an electrical fire started somewhere in the Freeman’s home and it left about one-third of the roof with a gaping hole and the interior completely destroyed from fire, smoke, and water.  The hole was so large that the roof was actually collapsing in on itself.

The Insurance Adjuster brought with him to the scene an Engineer and a Building Consultant, however, none of them bought power tools to enter the boarded up home.  What’s so ridiculous right off the bat is these men work in the Housing Industry and they were even told they would need tools to gain access to the house to do the job they were sent there for.  There were three guys who had only one screwdriver between them to manually remove stripped screws on a multitude of doors and windows.

Another head-scratcher happened when they first arrived.  One of the men was heard saying the hole wasn’t that big.  Really?  Perhaps he just needed a closer inspection.  These men debated, argued, assumed and could not agree on the extent of damages.  The Insurance Company stood firm on their settlement offer of $30,000.00 but that wouldn’t even cover the cost of the roof replacement.

This group took the cake for sure in the field of debate and they were breaking Laws by violating Insurance State Statutes, Matching State Statutes, disregarding the Policy, Principal Indemnity, Building Codes and they refused to discuss the assessment any further with Noble Public Adjusting Group, which is another violation of State Statutes.

The Insurance Teams was over it and in another area of the house discussing the roof.  The cameras caught Both the Engineer and the Building Consultant admitting they saw the damage, were aware of the new building codes, how the Insurance Company estimated too low and how the roof would need total replacement, trusses and all.  That ain’t cheap people.

Is it common for Insurance Adjusters to downplay damage?

Noble Public Adjusting Group can help you with your claim as well and if you are interested in having them represent you on the set of Insurance Wars, fill out a form on the website.