Noble Public Adjusting Group has good news for readers of our blog. From now on, when there is a threat of a hurricane, residents of Florida will be able to know 72 hours in advance instead of what has always been 48 hours advance notice. The National Hurricane Center is also making changes to its “cone of uncertainty” based on an improving forecast record. The cone is designed to show people where the center of a storm is likely to head. 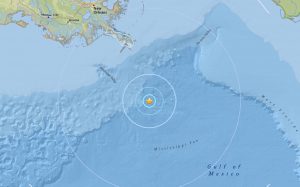 The National Hurricane Center calculates the cone of uncertainty by using the previous five-year record of forecast errors and at least two-thirds of hurricane forecast inaccuracies. The cone does not represent where impacts like surge, wind, flooding or tornadoes will be felt. These improvements in hurricane forecasting follow a record-breaking 2017 Hurricane season. There were 17 named storms in 2017. Hurricanes Harvey, Irma, and Maria received the most attention, as they had the most significant impacts on populated areas. The massive hit from Irma in September 2017 caused direct impacts in Central Florida. Seventy-two deaths in Florida were attributed to Hurricane Irma.

Hurricane Season officially began on June 1, 2018. We had a false alarm a few days before the official beginning of hurricane season with Tropical Storm Alberto. Noble wrote a press release on May 27th warning readers about Alberto and Florida governor Rick Scott even declared a state of emergency for Florida in anticipation of Alberto. Fortunately, Alberto chose not to become a true hurricane by losing power and disappearing after dumping heavy rain across Florida.

Now forecasters are looking at the next system brewing in the Caribbean, Hurricane Beryl, but Beryl is predicted to dissipate completely while it is still far out in the ocean and long before it would reach the coast of Florida. “As the hurricane nears the Caribbean Sea, it will encounter Saharan Dust and upper-level wind shear that will tear the system apart,” said Storm Team 8 Meteorologist Leigh Spann.

Noble Public Adjusting Group will be doing our level best all during the 2018 Hurricane Season, which runs until the end of November 2018, to keep our blog readers notified of upcoming hurricane activity and all things hurricane related. We won’t be very far behind the weather guys as far as updates go, so do yourself a favor and subscribe to our newsletter. That way you will be notified by email when new posts are published on the Noble blog. You will find our newsletter subscription form on the home page of the Noble Public Adjusting Group website, on the left-hand side of the website footer, at the bottom of our website.

If you experience damages to your home or commercial property in Florida during the 2018 hurricane season, hiring Noble to file your insurance claim is one of the smartest decisions you will ever make. The fact is, most of the damage policyholders experience during a hurricane come from wind and rain. The best way for us to prove that using a licensed Florida public adjuster like Noble to handle your insurance claim is such a great decision is by showing you an example of an actual case where we won big for a policyholder.

Noble knows all the ins and outs of insurance policies and the language of insurance that often trips up policyholders. Call us today and let’s go over your Florida homeowner or commercial property owner insurance policy. We offer this service for free.