Questions to Ask a Public Adjuster Before You Hire Them

Pretty startling numbers, right? Using a public adjuster also guarantees that you have someone other than yourself to champion your cause. Noble Public Adjusting Group did not come by the title “Noble” by accident. When we battle insurance companies we often feel like heroes fighting a very noble cause.

So what do you need to know about a public adjuster before you hire them? Below we have listed the most important questions to ask a public adjuster you are considering hiring to help you make the right choice as a policyholder with a lot on the line when it comes to your insurance claim:

Are they registered with the National Association of Public Insurance Adjusters?

You should make absolutely sure that any public adjuster you are considering hiring to handle your insurance claim is a member in good standing of NAPIA, the National Association of Public Insurance Adjusters. This organization sets the professional standards for the industry, and its members agree to abide by a strict code of conduct.

Can the public adjuster provide you with references?

Any legitimate firm should be able to provide references and recommendation letters from a wide variety of clients. We suggest that you make a few phone calls to the references provided. Also check and see what kind of community involvement they have, such as being members of your area Chamber of Commerce.

Do they have errors and omissions insurance?

Professional adjusters carry this insurance, which protects you in the event that the public adjuster makes an error that negatively impacts your claim.

How long have they been in business?

Any public adjuster worth their salt should have been in business long enough to gain many referrals from satisfied policyholders whose insurance claims they have handled. Great public adjusters have a website, social media pages, and many online reviews on sites like Google and Yelp. Check them out online before you hire any public adjuster to see if they meet these requirements. 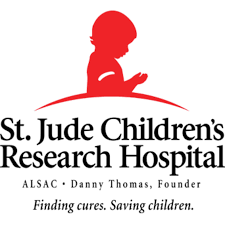 Noble Public Adjusting Group’s answer to all of the above questions is a resounding YES! As the #1 insurance appraiser in the nation, and the only fully-staffed public adjuster in the Florida Panhandle, Noble is the best choice for a public adjuster in our area. We are award-winning members of our local Chamber of Commerce, and very active in our community. Noble goes even one step further by donating to causes that are important to us, like sponsors a Men’s Softball League in Tallahassee, and raising money for St. Jude’s Children’s Hospital, as other restoration industry professionals did at the 2018 IMG Expo in New Orleans earlier this year.

If you still wonder whether hiring a public adjuster is a good idea, read below some of the things the press has to say:

What the Press Has to Say About Public Adjusters

“Most homeowners, it turns out, have only a vague idea of what their homeowner’s insurance actually covers. Once a claim is filed, the insurance company will send over an independent adjuster to evaluate the claim. But these independent adjusters aren’t so independent. Their job is to represent the insurance company’s interests first, and yours second. After all, the insurance company is paying the independent adjuster. So when disaster strikes, it may very well be worth hiring a professional public adjuster as your advocate in an insurance claim. These adjusters specialize in combing over your damaged property and your homeowner’s policy, and they make sure the insurer doesn’t snake away from a valid claim. Public adjusters, many times are veteran insurance company claims adjusters who know how insurance companies operate and have expertise in negotiating property claims to make sure you get the most out of your policy.‘… If you have any sort of significant homeowner property claim, we recommend that you not file a claim without having a public adjuster to represent your interests,’ says Paul Cohen [founder of New York-based consumer advocacy Web site Fight Bad-Faith Insurance Companies]–The Wall Street Journal Online  Why Insurance Mediators Help When Disaster Strikes

…Many homeowners don’t fully understand their property insurance policies and are at a disadvantage when negotiating with insurers about repairs needed after a fire, theft, hurricane or other disasters.  This week, Insurance Consumer Advocate Sean Shaw plans to make legislative recommendations on how to speed up claims—based on several forums he held recently to address complaints from consumers about the process. Shaw wants consumers to hire reputable, licensed public adjusters when help is needed with complicated claims. Consumers should be clear about the fee and what it includes, he said. ‘Most of the time, I’d argue [insurance companies] do the right thing, but for those times they don’t, you’d sure like to have a public adjuster there fighting for you,’ he said. …South Florida Sun-Sentinel, Public Insurance Adjusters: An Alternative to Helping Policyholders Win Claims–Julie Patel

If you are convinced now that hiring a public adjuster is one of the smartest moves you will ever make as an insurance policyholder, call Noble Public Adjusting today. We have offices in several Florida locations, in Texas, and in Georgia, but we can handle an insurance claim anywhere in the US.