Noble Public Adjusting Group has a reality show called Insurance Wars. You might be surprised at how entertaining it actually is, and the fun the Noble team has going to battle with insurance companies. In the episode below, you have to laugh at the audacity of the adjuster sent out by the insurance company. The case involves a Panama City homeowner, Mr. Sheffield, who had lived in his home for nine years and had filed his first ever insurance claim for damage and been denied by his insurance provider. Understandable, Mr. Sheffield was angry about this. However, Noble was able to replace that anger with joy when Noble reversed his denied claim.

Watch, listen, laugh and learn, as you watch professional public adjusters do what they do best, win cases for policyholders. In this case, reversing a denied claim and getting the policyholder a $66,000 settlement.

If you’d rather read about this case rather than watch the above video, here is the rundown. The Panama City homeowner experienced a busted pipe caused by a faulty water line at the base of his upstairs bathroom toilet, causing water to run down the wall and into his second story bathroom. As the homeowner states in the video, he had paid his homeowner insurance premiums faithfully every month, yet when he filed this first claim, it was denied. The reason given by the adjuster working for the insurance company was that it was a water damage claim, which was not covered under the type of policy the homeowner carried. It was actually a weak policy at best, with many exclusions, including water damage.

When Bo Willamson, owner of Noble Public Adjusting Group, and Matthew, our Noble team public adjuster who is a water specialist, showed up they were stunned to see the damage, shocked that the insurance company had denied this claim. As a result of the busted pipe, water had destroyed the integrity of the floor in the upstairs bathroom and leaked down into the downstairs bathroom, both of which were next to an exterior wall of the home.

The Noble team knew that they were going to have to come up with a different scenario for this event since it was true, water damage was excluded from the Panama City homeowner’s HO-8 insurance policy. What happened next was pure genius. Matthew and Bo were at the Noble office. Matthew was getting water from the kitchen sink, and because of a practical joke played by a co-worker, when he turned the water on, it exploded all over his pants. When he complained to Bo about the practical joker and used the word ‘explosion,’ a light bulb went off in Bo’s head. EXPLOSION! That’s it. The busted pipe at Mr. Sheffield’s house exploded, and explosions were covered under his homeowner insurance policy! 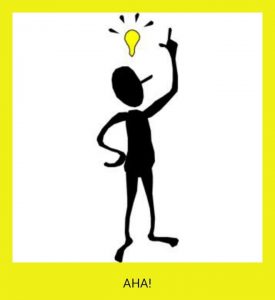 The insurance company sent the original adjuster, Patrick, who had denied the claim to meet with Bo and Matthew at Mr. Sheffield’s home. Patrick brought an engineer along with him. A pretty heated debate ensued once the engineer viewed the damage, with Bo asking the engineer to commit to the fact that there was cosmetic damage to the joist-which the engineer would not do since he was being egged on by the insurance adjuster, Patrick, who stated that the engineer did not have to answer. However, once the guys took the discussion outside, Bo was able to get the engineer to admit cosmetic damage to the joist and to agree that the exterior wall the bathrooms were built next to being torn out to see and repair the damage. Once the engineer admitted this needed to happen, the Noble team also got the engineer to come around to admitting that the busted pipe was an explosion.

The engineer could not deny that the definition of an explosion, a sudden, uncontrolled release of energy, and that pretty much sealed the deal. Of course, Patrick the adjuster from the insurance company got huffy at that point, saying the discussion was over since he knew he had been beaten. What became ludicrous about the whole event was that Patrick started showing up at Mr. Sheffield’s home, unannounced and without Noble being there, which is a direct violation of the laws governing insurance companies and public adjusters. Bo was livid, and headed straight over, confronting Patrick and letting him know in no uncertain terms that if the insurance adjuster came back again without Noble being there, Bo would call the police and report him for trespassing.

This claim was a very interesting and satisfying experience for the Noble team. In conclusion, the claim was approved as an explosion, which was covered under Mr. Sheffield’s insurance policy and he was thrilled to receive his $66,000 check from the insurance company, hand-delivered by Matthew.

If you have any kind of home or business property damage, as you can see by this story, having a public adjuster on your side is the smartest move. Noble Public Adjusting Group can handle a claim at any stage of the process, even if it has been denied, as happened in this episode of Insurance Wars.

Call us today. Our main office is in Panama City Beach, but we have offices all across Florida, in Texas, and in Georgia, but we can handle any claim of any size anywhere in the US. We file it. We fight it. We win.