You may not have filed an insurance claim yet, or you could have filed and are not happy with the settlement proposed by the insurance companies claims adjuster, or you may even have a claim that is already closed, but you were not happy with the amount of the settlement you received. No matter which scenario applies to you, hiring a Jacksonville public adjuster can happen at any stage of your claim.

At Noble Public Adjusting Group we love the saying, “the proof is in the pudding.” We can confidently claim the title of the best public adjuster in Jacksonville, Florida by sharing with you just a few of the insurance settlements we have made happen for our clients. Take a look at the following actual case files and see for yourself why we are the best public adjuster in Jacksonville, Florida and all across the Emerald Coast. What we have included below are just two of the Noble Public Adjusting Group success stories. You can be one too.

A very high-value home in the Gulf of Mexico had a tremendous amount of damage that was overlooked by the insurance company’s adjuster. Once we arrived on the scene we quickly realized that there was a shower pan leak which contributed to exterior damages.

When the insurance company was notified that we had been hired by the homeowner they sent out a team of supposed experts–including a structural engineer, architect, and building consultants–to defend their stance and solidify the low payout that they were offering. Unfortunately for them, our team used evidence, logic, and policy to win this homeowner a nice settlement that was far beyond what the insurance company had originally proposed.

If the homeowner had not contacted us he would have ultimately accepted a patchwork job on his expensive exterior stucco, rendering it inconsistent by color and thickness. A nice home like his, in this part of the US, would have lost considerable value. Noble was able to get the insurance company to pay for the entire exterior stucco replacement, along with other miscellaneous repairs. In the end, Noble secured an amount 55 times higher than what was originally offered.

After a hailstorm, there was damage that busted the slate tile roofing system on a commercial property. This damage allowed rainwater to seep into the roof and down the walls of the commercial building, both internally and externally. This also caused moisture damage to the siding and guts of the walls.

The commercial property owner’s insurance company offered to replace a portion of the roof but overlooked all of the subsequent damage that the building experienced because of the loss. After we were hired and began our free inspection, our team of professional public adjusters pointed out the damages listed above, adding in needed appropriate code upgrades.

Noble Public Adjusting Group negotiated a settlement that included a roof replacement and replacement of exterior siding, along with the replacement of other internal damages. Our commercial property owner client is now fully indemnified and has not suffered decreased property value due to patchwork and incomplete repairs. In the end, Noble secured an amount  7 times higher than what was originally offered.

As we stated, the proof is in the pudding. If you need a public adjuster in Jacksonville, Florida why not hire the best? Below are our office location and contact information. Call us today and let us go to bat for you. 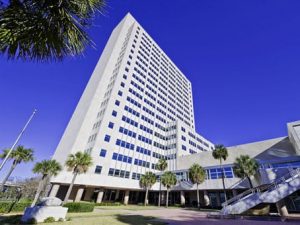